A small introduction about my self

Mohsen Motamedian, born and bred in California, USA, is the one from where he completed his education. As a real estate entrepreneur, he's been to places like Dubai and France, and he's also represented Bashari LLC at significant events such as: Dubai World Dermatology, MEPLAST 2009, Laser Conference and Exhibition, Anti-Aging Medicine and International Congress in field of aesthetic.

Max Motamedian is a member of a highly regarded family. When it comes to education, sports or business, he's always been an excellent performer. When he was in high school, he began participating in sports and became well-known for his abilities, despite the fact that he was a team captain and had led his team.

After graduating from high school, he enrolled in California State University and earned a bachelor's degree in electronics. Mohsen Motamedian honed his management and marketing skills while still in college by learning about digital technologies and healthcare products and working with his team. 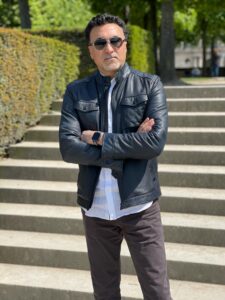 Mohsen Motamedian started his own company, Bashari LLC, in 2008 when he decided to start his own business. We've established ourselves as a household name in the property market. Max Motamedian is the CEO of his company and oversees all of the branding, sales, acquiring, and distribution departments. He is a very successful businessman! Mohsen has been in the property market for 14 years and counting, and he's still going strong. When it comes to providing high-quality real estate services, Bashari Group established itself as a household name. In addition, he enlisted the services of Bashari LLC's best Business professionals, who then advised the company's clients on the best deal to support their particular economic circumstances and geographical location. 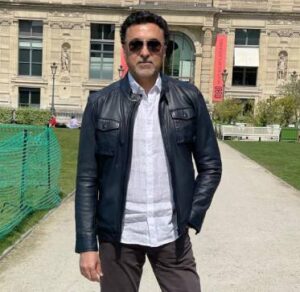 Mohsen Motamedian is now concentrating on his career after an eventful time in college. During the early stages of his professional life, he served as an agent for both digital and real estate firms. During the time he spent working for real estate companies.

Dedicated to his work and responsibilities, Max Motamedian was equally enthusiastic about marketing and supervising. Mohsen Motamedian then realized that he had a deep interest in business and decided to start his own company, Bashari LLC, in the United States after years of experience in the industry.

Mohsen Motamedian established Bashari LLC in 2008. It deals with the sale and purchase of properties all over the world. On his first trip, Max only endorsed his organization in the United States, but he later went to Dubai to represent it at numerous events. He was in charge of marketing, sales, buying, and distribution as CEO of the Bashari group.

His business is one of the most prominent real estate firms in California, USA, and dealing in land, assets, buildings, and offices. He is among the best real estate businessmen in the world because of his dedication and hard work.

Max Motamedian lives a good life and believes in the law of reincarnation. One of the most prominent philanthropists in the business world, Mohsen Motamedian is indeed a well-known businessman. According to him, when someone is in need, something needs to be brought to him. He’s gotten involved with a number of non-profit organizations, including the Autism Society and also the Child Foundation.

Lookup for Residential properties for rent,buy,sell in India Without Brokerage.0% Brokerage … and Movers,Property Management & Registration Service in India.

Whether an individual is looking for buying a commercial property or a residential one, property consultants’ services will be helpful in different ways.

What Services Does an Architect Provide? Architectural services include design, preparation of construction documents, and construction administration.

Please feel free if you would like to have a chat.